Power to the Storyteller

How Steve Jobs used storytelling across pricing, marketing, and design

Welcome to the 1,871 new world builders who have joined over the last seven days! If you aren’t subscribed, join us to level up your own storytelling and see business strategy through a new lens.

Today's World Builders is brought to you by Young Money 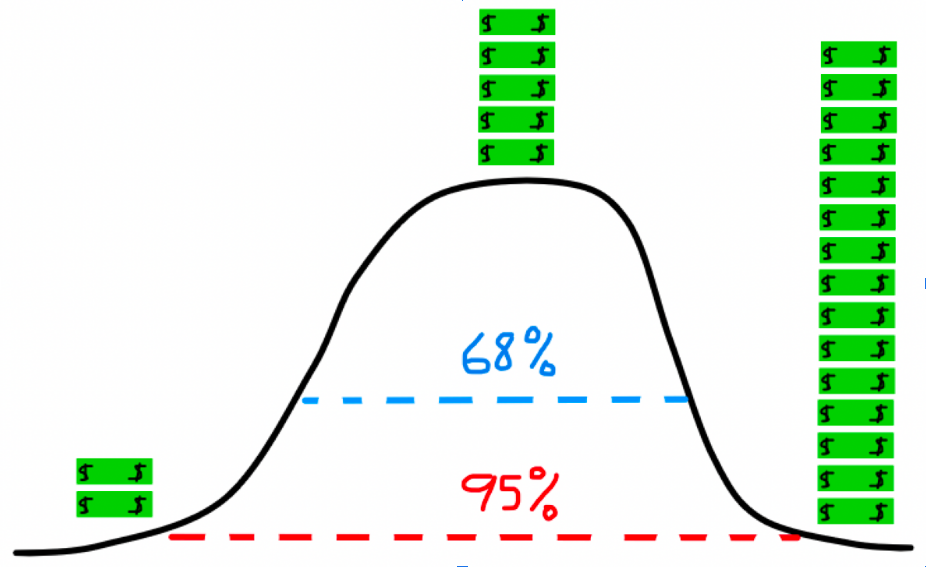 What is the optimal amount of wealth?

A great question. We tend to think of money and satisfaction as a straight line: once you cross a certain threshold, all of your problems melt away.

But reality isn't filled with straight lines that we can extrapolate forever. Reality is messy, full of nuance. The optimal amount of money isn't a singular point to cross, but a range to stay between.

A dollar too low, and it’s a struggle to survive. A dollar too high, and your money controls you.

In his newsletter Young Money, my friend Jack Raines explores ideas such as this about money and life. Click here to read his piece about the optimal amount of wealth, and make sure to subscribe if you want to continue reading more!

Two of the most interesting storytellers ever are Steve Jobs and Walt Disney. Neither was technical yet they created arguably the two most culturally relevant companies of the last century.

“The most powerful person in the world is the storyteller.”

“I play the orchestra, and you're a good musician. You sit right there and you're the best in your row.”

Aside from all of us getting wrecked by that Walt quote, there's a ton we can learn from how these two. Over the next several weeks I'm writing a multi-part series exploring how these legends tactically used storytelling across their respective businesses.

I wrote about the storytelling framework Jobs used across each of his product launches during his second stint at Apple. From the iPod to the iPhone to the iPad, each follows the same structure:

“The most powerful person in the world is the storyteller.”

Here’s the storytelling framework Jobs used (that you can too):

But storytelling isn't just for speeches and launches.

What made Jobs one of the best entrepreneurs and CEOs ever, in my opinion, was his ability to use storytelling to drive the entire business.

People pay for the value they perceive.

Jobs used a strategy called Price Anchoring to make sure Apple products fell into that first bucket (of course, once bought the products back up this story).

During Jobs' presentation debuting the iPad, a giant $999 sat on the screen behind him. 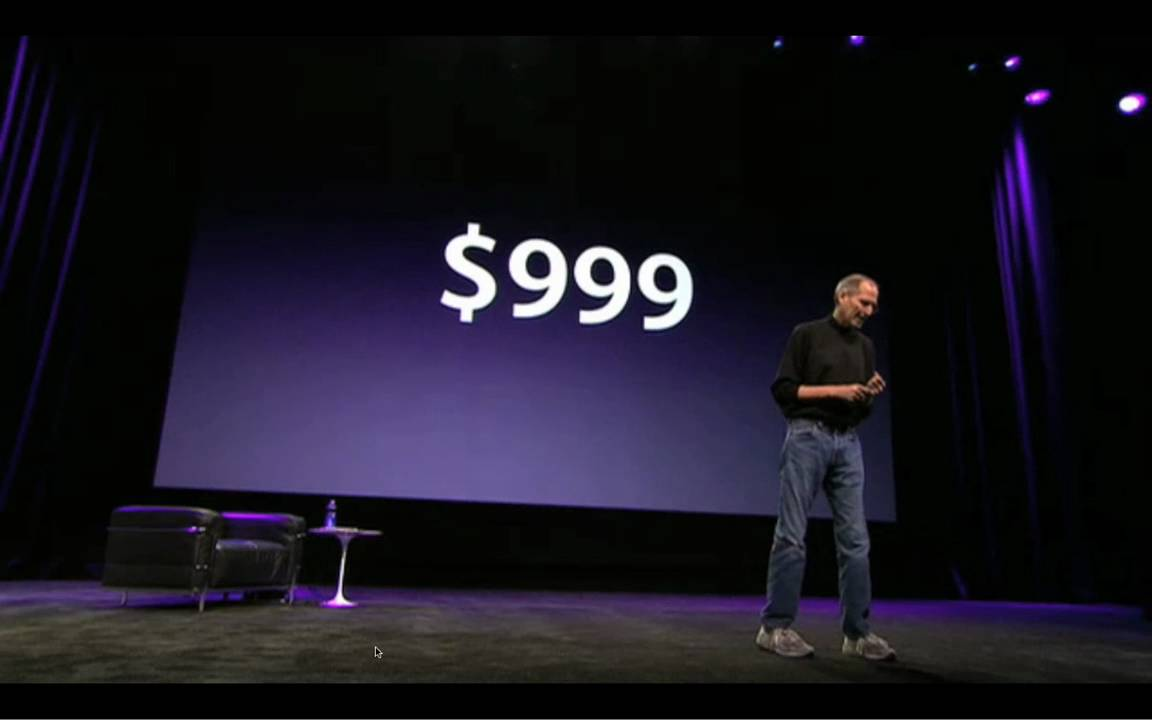 Then Jobs says Apple "exceeded product cost expectations" and the iPad would be priced at only $499.

Boom -- the crowd loses its mind, and everyone is thrilled to give Steve and Apple only $499 for something worth $999. 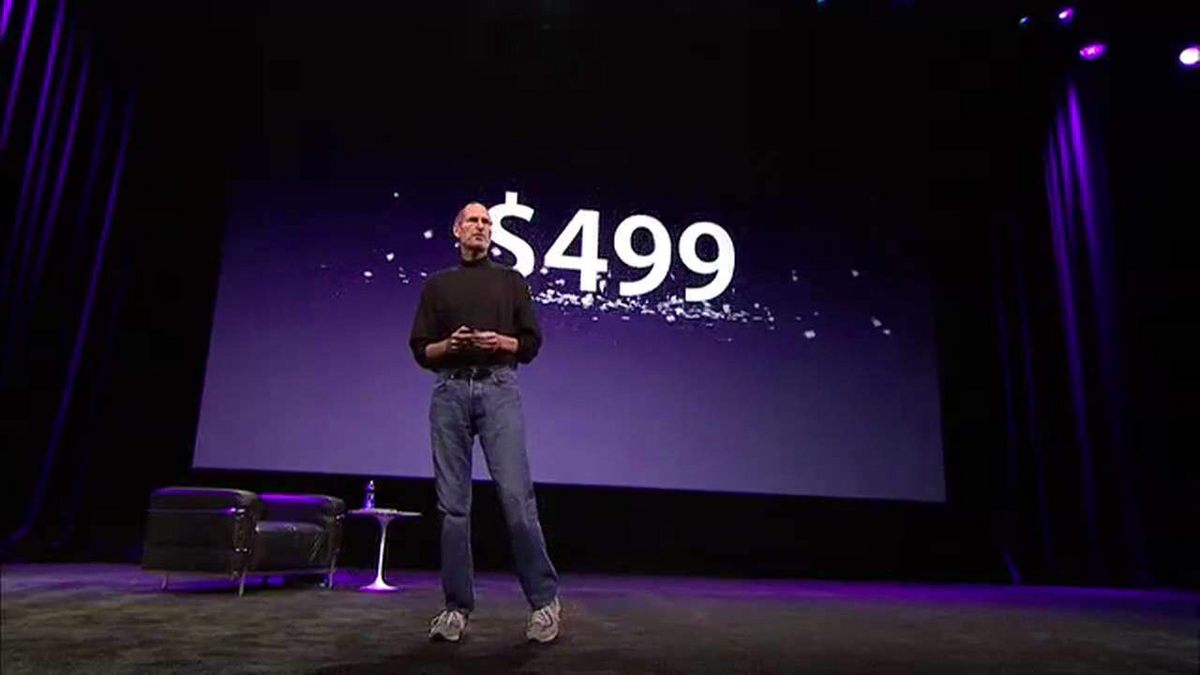 The story Jobs wants to get across: Our product is worth far more money than we're charging for it. Meaning you are getting a great deal and should go buy it.

Notice how the lower number isn't actually low (it almost certainly gives Apple a healthy margin on the product) -- Jobs just makes you feel that way through his use of Price Anchoring.

My friend Barrett wrote a great, longer explanation of the phenomena:

Great marketing lets the consumer create their own perfect story.

Jobs took his customers directly to their desired end state. Here it’s the brilliant "1,000 songs in your pocket." 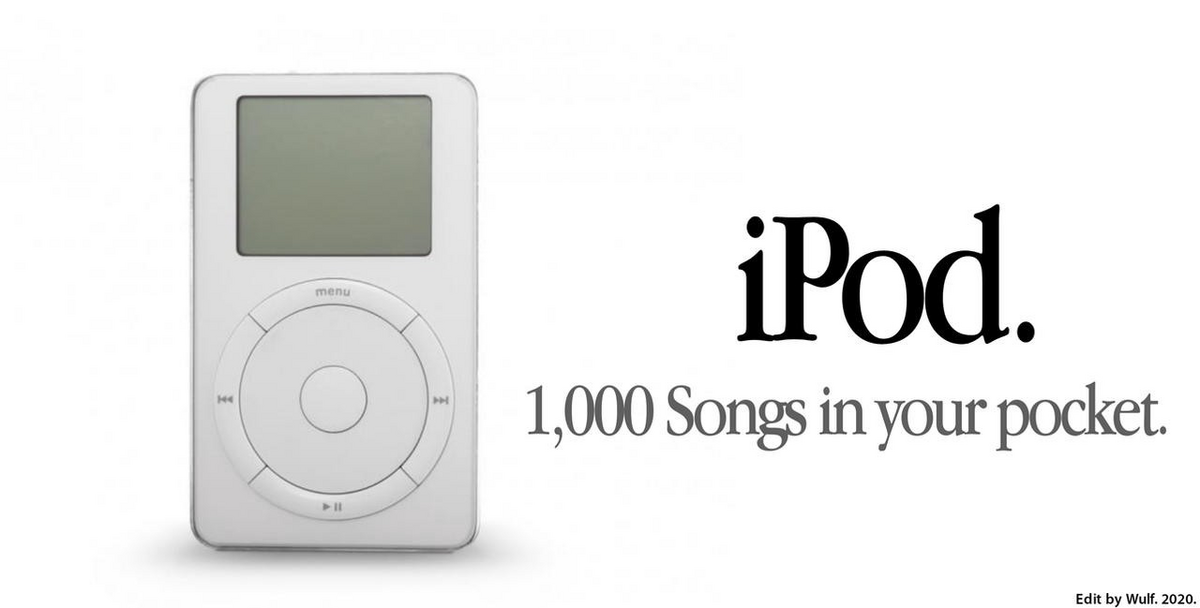 Fully customer-focused and leaves room for the imagination – you can be on a run, on your couch, or on your commute. It’s your story to tell, and you’ll have “1,000 songs in your pocket” wherever you are.

And yes, according to old Apple employee forums Steve was the mastermind behind this original ad for the iPod.

Design at Apple is fascinating because it's one of the few places where Jobs was not the top dog. That role belonged to Sir Jonathan Ive (you've gotta be a damn good designer to get knighted).

But while Ive was the mastermind behind the company's design from 1992 to 2019, Jobs summed up the role of design perfectly:

Design isn't just what it looks and feels like – it's how it works.

I'm tempted to keep Apple packaging simply because the design is so clean. Meanwhile, I toss other product boxes in the trash without a thought.

Jack has a great take below, which I tend to agree with. But I'd love to know what you think:

If you had to pick one, would you start with a great story or a great product? I'll include the most thoughtful responses next week.

Good product + no story = no one hears of it

On a sliding scale I’d weight stories heavier though. Decent product + phenomenal story >> the opposite.

Tons of EVs out there, but Musk is a wizard.

speaking of next week: I'm writing about how and why the "Creator Economy" will look more like Steve Jobs and Walt Disney than branded TikTok ads.

A few resources I found helpful this week, which you may too:

What'd you think of today's newsletter?

The newsletter to make you a better storyteller